Amazing Facts About the 7 Most Favorite Jain Temples in Kerala along with the Route Map.

Jainism had been the oldest, widely spread and popular religion of Kerala. It arrived here during the time of 3rd century BC. Chandragupta Maurya left his thone in the 25th year of his ruling the state and started to promote Jainism. The ruler sent out missionaries to various parts of the country, and some people arrived in Kerala following their musings.

After that, the religion of Jainism had flourished in Kerala as the Jain monks started to travel the breadth and length of the state. They went the distance presently known as Tamil Nadu and Karnataka to spread Jainism. The primary purpose that stated the religion of Jainism was that the practitioners of this religion wanted a quiet and peaceful place where they can meditate. They came to Kerala, travelled through the state and taught the laws of Dharma and Karma and in this way spread the religion.

Naturally, with the spread of the doctrine of Jainism, several Jain temples were established in India. In each of these temples, there is a presiding Tirthankara and other Tirthankaras that are placed alongside the deity that is put first. Jainism consists of a total of 24 Thirthankaras.

The word Thirthankara refers to liberated souls, who have transcended the cycle consisting of birth and death. They inspire and help others to follow this same path. These Thirthankaras are ordinary people when they are born. However, with the supreme act of meditation, pleasant living and kindness they attend this kind of omniscience.

Here is a list of some of the most famous and neer to miss temples of Jainism situated in Kerala: 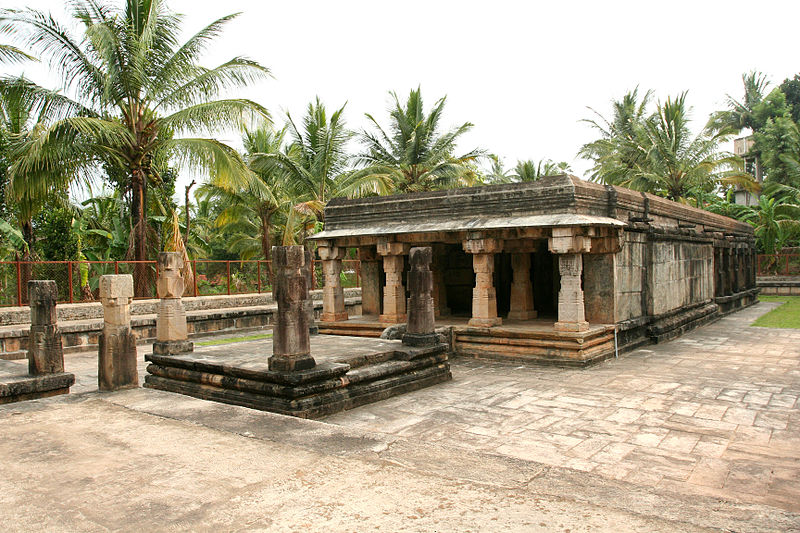 This temple is situated in Puliyarmala, which is about 6km from Kalpetta located in the Wayanad, a district of Kerala. It is dedicated to a Thirthankar named Ananthanath. The temple is not only famous for being an embodiment of Jainism. This also stands out as one of the brilliants showcases of architectural art. Moreover, it is situated on a small hillock that overlooks luxurious coffee plantations. This adds extra charm to the temple. The entrance doors of the temples are carved in an intricate fashion, and also there is a stupa that is ornately carved. These decorations follow the Dravidian style of architecture and are marvellous to look at.

Given the fact that sand is not allowed in the construction of Jain temples, these temples’ decorations consist of a lot of gold, brass, stone, and ceramic. There is a massive symbol of the Swastika that is built just behind the idol made in Bronze. The temple is a pleasure to the eyes, and you must visit it if you are in Kerala. This temple is located in the suburban area of the town of Palakkad. Jainimedu Jain Temple is a perfect portrayal of the 15th-century religious sentiments. The temple is built of granite, and there is no decoration in the temple. It is 32 feet lengthy and has a width of 20 feet. The temple is located only 3 km away from the town of Palakkad and thus reaching the temple is not at all a problematic affair. It is heard and believed that Kumaranashan, the famous Malayalam poet wrote ‘Veenappovu’, one of his famous poems at this very location. Given the fact that you will feel a sense of austerity and be impressed by it in the temple, this place is a must visit for the travellers of Kerala. The thing that will catch your immediate attention once you visit Dharmanath Jain Temple is its imposing yet absolutely incredible entrance gate. The temple is located at Mattancherry that is situated in Kochi, the port city. The temple reflects the architecture of an era that has passed by. It is dedicated to Lord Dharmanath, who is the 15th Tirthankar. The sanctum sanctorum of the temple will let you ponder about the essence that life holds.

The temple is quite colourful, and there are amazingly sculpted walls, pillars that are elegantly curved and showcase the curved elephant trunk brackets and astonishing pictures of Gajalakshmi. You will take all these as memories from this palace. The interior of the temple is marble made and is completed with artworks that are intricate and idols that are sculpted. Once you visit this temple, you will be so touched with the holiness of it that there will be a spiritual awakening in you. The Jain Temple, situated at Alappuzha is a beautiful work of architecture and has a history that is it’s own. The style of construction of this wall and the marble walls certainly set this temple apart from the other religious structures that are located in this area. The temple is built of Rajasthani stones and white marbles and has a dome that flaunts intricate charm and is not found elsewhere.

The temple holds four statues of the Tirthankars (11th, 12th, 13th, and 15th) as main deities. Moreover, the figure of the 23rd deity is placed at the top floor of the temple. Given the fact that it is the single Jain temple of this particular district, you should not miss it as it speaks a lot of the era that is bygone. Kallil Bhagavathy Temple Kunnathunadu taluk of Ernakulam District, Kerala is a Jain temple. It is a protected monument that comes under the authority of the Archaeological Survey of India. The meaning of kallil is ‘of rock’, and it can be said that the temple was established back in the 3rd century BC. The temple is located in a plot that sizes 28 acres, and it has a history that is it’s own. The most amazing fact about the temple is that it is made of a huge rock. To climb the temple, you have to climb 120 steps. The general belief is that the rock that holds this temple does so by the own wish of the presiding goddess. The omnipotent powers who are worshipped here are Devi Durga, Vishnu, Bramha and Shiva. This temple was built in the 13the century and is situated at the Sultan Bathery in Wayanad. This happens to be one of the most important temples of Kerala. The temple shows a great example of the architecture and magnificent style of the Dynasty of Vijayanagara. The temple has a varied history. It first served as a temple; then it served as a place for business trade and lat last worked as an ammunition store during Tipu Sultan’s reign. It is actually because of Tipu Sultan that Sultan Bathery got its name. 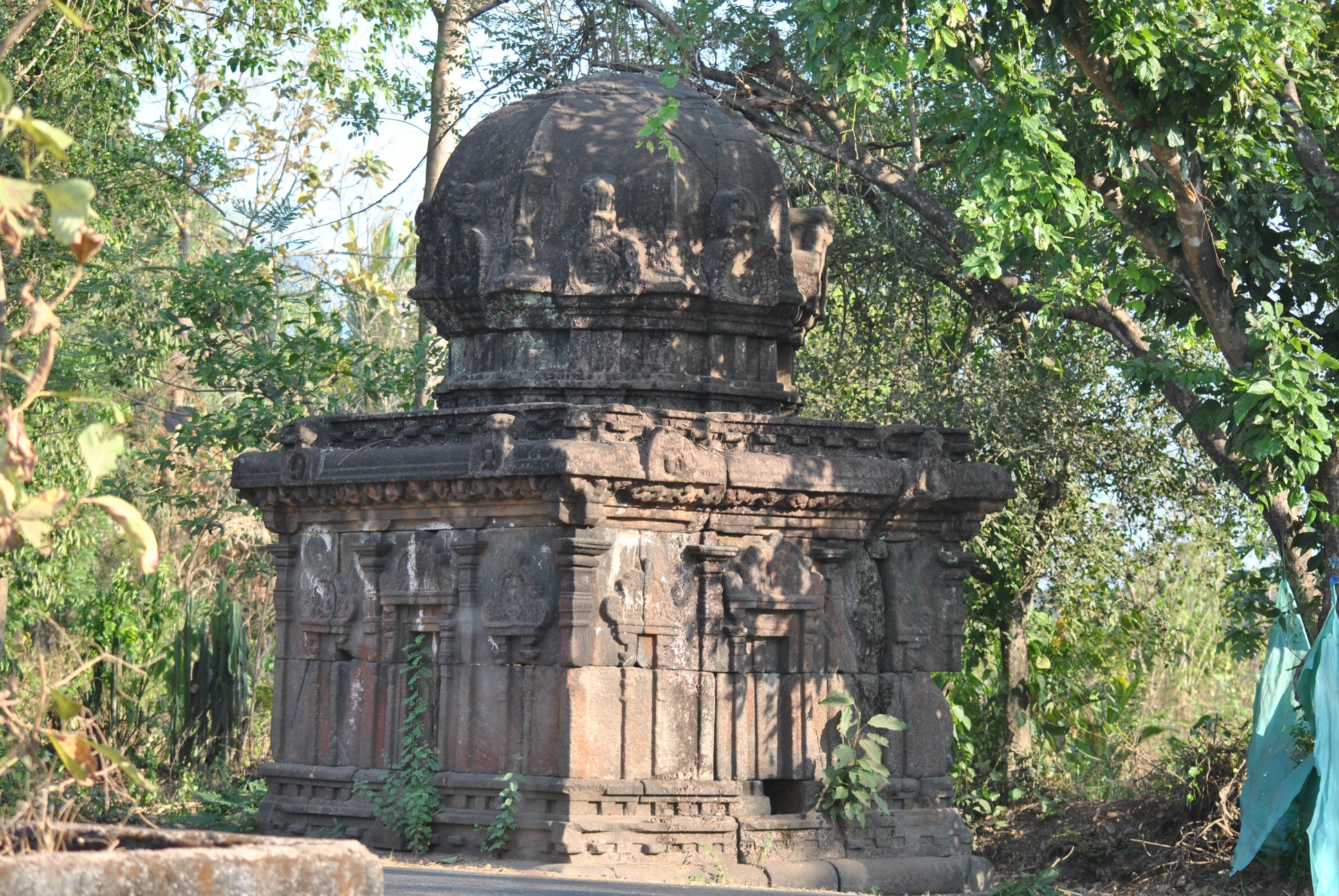 This Jain temple is located near Pattambi, the district of Palakkad. It is generally believed that the temple was established in some time in 9th or 10th century AD. The Globins built the monolithic structure that the temple. The upper portion of the temple is quite a photography worthy and is ornamental. The temple has a pyramid shape and rectangular base construction.

We can see that Jainism was once one of the most famous and widespread religions in the entirety of India. There is also ample proof of that in the impressive and magnificent temples that our ancestors have left behind as our heritage. Visiting these temples is excellent for the traveller. It also serves to pay respect to the builders of the temples.

Learn more about the Most prominent Mosques and Churches in Kerala.

Do you think that we have missed listing any prominent Jain Temples in Kerala? If yes, comment the names in the comment section:)