The fabulous Muslim Cuisine Of Kerala that will melt your mouth!

“All shall give and take, mingle and be mingled in, none shall depart dejected
From the shore of the sea of Bharata’s Great Humanity!”

Malabar had always been the melting pot which proves the above words by the Indian bard, Tagore. The coastal stretch of Malabar had seen many cultural exchanges since centuries with food being the prime of all others. Be it the Sulaimani Tea or the nadan garam masala or pathiris or parottas, the food items of Malabar continued enriching themselves with influences mainly from the Arabs but retaining the essence of the very land, Kerala.

Arabs had started navigating to the Malabar coast before 4th Century BC for the spice trade. Some of the Arabs entered into marital relationships with local families and they came to be known as ‘Mappila’ or Sons-in-Law. Thus the ‘Mappila’ families came into existence which gradually increased with time resulting in the formation of ‘Mappila’ or Islamic community of Kerala.

As the Arabic influence started making inroads into the then food culture of Kerala, the local people generously accepted and enriched further by creating beautiful fusions of Arabic food with locally available ingredients. This fusion gave rise to the Muslim cuisines of Kerala.

In Mappila cuisine of Kerala, breakfast is an elaborate affair. Egg preparations, specially Omelettes and Egg Curries are the must-to-be-served along with Puttu or steamed rice cakes, Orottis and Pathiris. Red rice porridge or Kanji is a popular option too.

Orottis contain rice flour and grated coconut. Traditionally we mix the rice flour, grated coconut and salt with warm water, and knead a smooth dough. Then we roll out the dough with our hands and toss both sides in an oil greased pan.

Pathiri is basically a type of flatbread made from rice flour which is abundantly available in Kerala. The rice flour is kneaded into a dough, then Pathiris are rolled out using rolling pins and cooked over a flame just like wheat flatbreads or chapatis. There are stuffed Pathiris, too, like erachi Pathiri, where meat is stuffed into the small balls made of rice flour dough and cooked.

Here we generally eat the Pathiris with non-veg side dishes and goes well with spicy gravies. Maybe, the Arabs missed the ‘fateeras’ or wheat pies of their homeland when they stayed in Kerala and thus the Pathiris originated.

One of the most valuable treasures of Islamic cuisine is the Biriyani. A perfectly cooked dish of Malabar Biriyani is a flagbearer of Mappila cultural heritage in itself.

The Kozhikode Biriyani follows the process of preparing Kachhi Biriyani where people arrange layers of marinating meat and half-cooked rice and cook them together slowly in the ‘dumpakht’ or steaming method.  On the other hand, the Thalassery Biriyani follows that of Pakki Biriyani where people cook the meat and rice separately, arrange them in layers and finish it off with the ‘dumpakht’ method. The Kozhikode version takes a longer time to cook.

The basic garam masala used in making the Biriyani are cardamom, cloves, cinnamon, aniseed, cumin seed, shahi jeera, mace and nutmeg. These whole spices are sun-dried for two hours minimum before they are finely ground together to make the Malabar garam masala. Another important ingredient which goes into the making of the local Biriyani is the ghee. In the land of coconuts, where most of the food items are cooked in coconut oil, the use of ghee gives the Biriyani a distinct taste which makes it stand out from the rest.

In Malabar, the people use short-grained Kaima Rice rather than the signature Basmati for making Biriyani. This replacement is another amazing example of the fusion of Mughal and Malabar cuisines.

In a traditional Mappila household, there are more one-pot meal variations apart from Biriyani. There’s nadan Kozhi Pidi or Kunji Pathal in which chicken and rice dumplings or Pidis are cooked together in gravy. There are Arabian dishes like Mandi, Kabsa and Majboos which are different variations of rice and meat slowly cooked together in one pot.

Though Kozhi Pidi is regularly eaten in the households, the other ones like Mandi, Kabsa and Majboos are specialities which are prepared during Ramadaan month and Eid.

A Full Course Biriyani Meal in Mappila households of Kerala:

Going ahead with the tune of the most famous Mappila dish i.e. Biriyani, let’s explore how a full course of Biriyani looks like.

With the Biriyani as the main course, the starters that go well are Muttamala, Aleesa, Chatti Pathiri.

Aleesa is a must-have starter with Biriyani. They prepare it by cooking wheat and chicken thighs together with the spices. Many prefer adding coconut milk in Aleesa for the creamy gravy. Coincidentally, Aleesa is also the indigenous version of Arabic Harees or Haleem.

Another interesting starter in the full course Biriyani is Chatti Pathiri. They are layers of pancakes with meat stuffing or sweet fillings which they prepare with eggs and dry fruits.

Then, next in the course comes the King, The Briyani! The details explained earlier this blog… 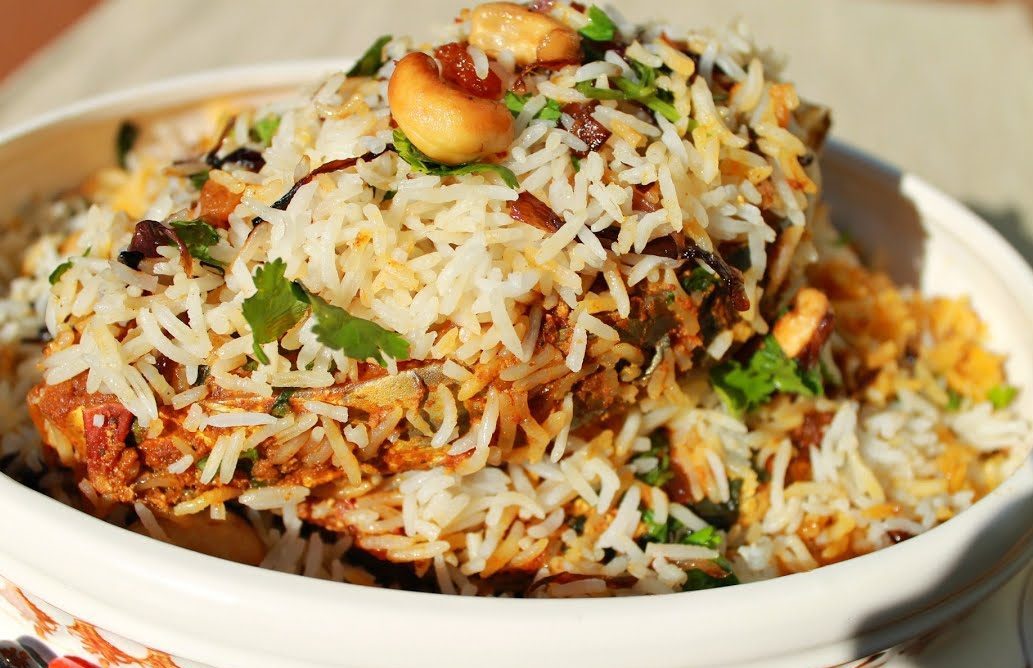 The full course Biriyani of the Muslim Cuisine ends up with a hot cup of very famous reddish-gold Sulaimani tea. The Sulaimani tea is an amazing brew of spices like cinnamon, cardamom and saffron with tea leaves along with a few drops of lime juice. It is an old saying in the area that a Sulaimani tea becomes the Sulaimani tea only when you add a bit of love while brewing the ingredients. 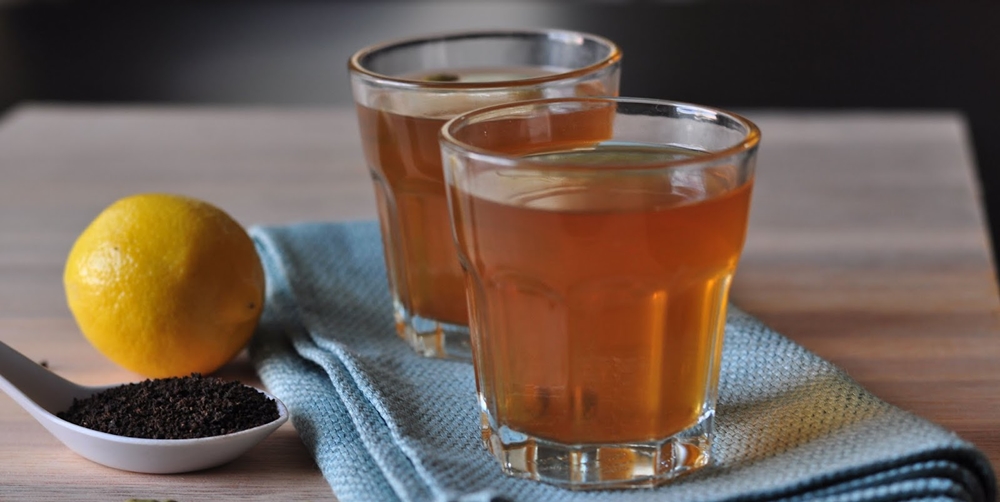 Kerala Parottas – A delicious variation of the North Indian Paranthas: 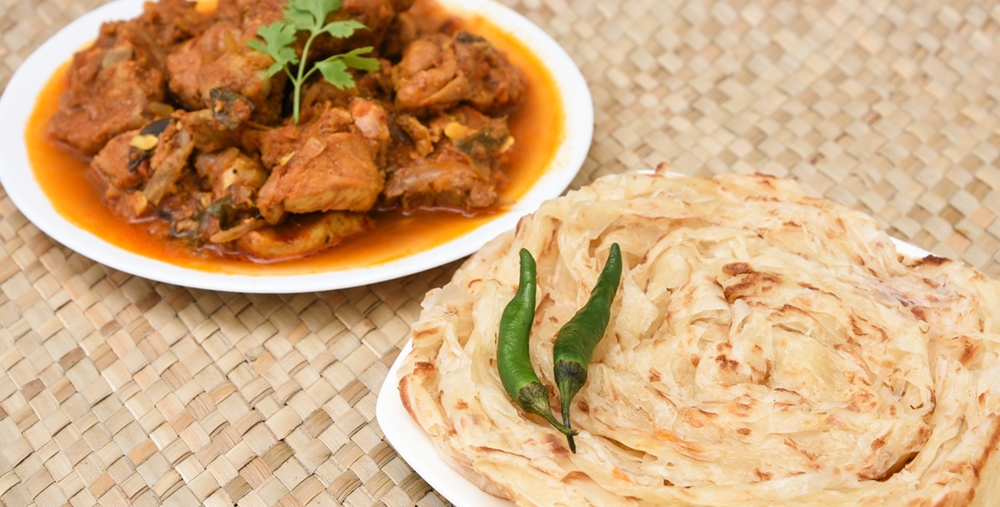 The Parottas are nothing but close cousins to the more famous north Indian Laccha Paranthas. Both of them have flaky appearances after frying. In fact, the process is very similar. The only difference, however, is the use of Maida and Whole Wheat. This is the staple food of all the locals of Kerala. The accompanying side dishes are beef fry, chicken curries, egg curries or mutton roasts.

The sweet tooth of the Kerala Muslim Cuisine:

The sweet plantains are natural sweeteners and they are the main ingredient for making desserts like Unnakaya. The plantains are steamed and mashed which are transformed into fried patties filled with sweetened beaten egg, coconut scrapes and dry fruits. 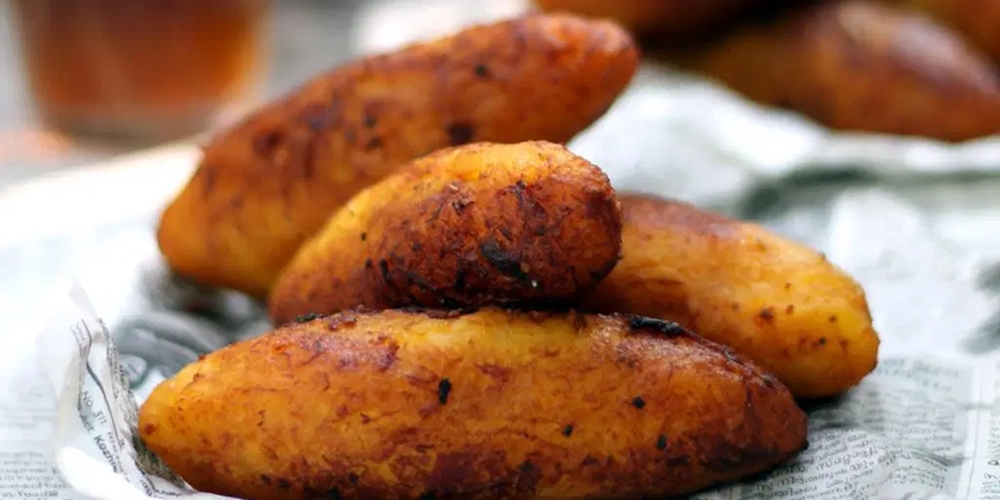 The other two drool-worthy dessert dishes doubling up as snacks in the Muslim cuisine of Kerala are Elanji and Falooda. Elanji is a sweet crepe with coconut stuffing and dry fruits while the Falooda is a delicious mix of fruits, dry fruits, rose milk and vanilla ice cream. The Falooda is the local variant of the original Persian Falooda mesmerizing the food lovers with its heavenly flavours since ages. 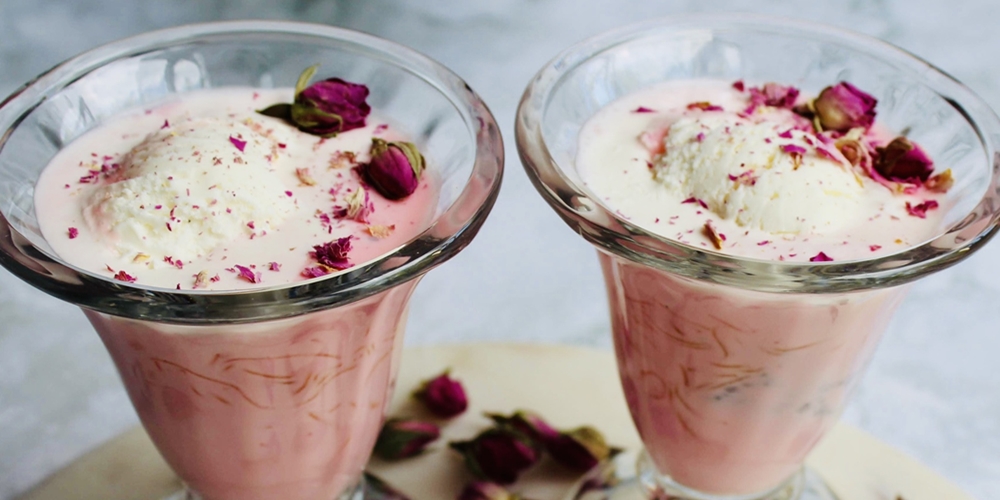 While discussing the Muslim cuisine, we can realise the inherent diversity. Diversity had been the very essence of the soul of India. Whosoever we met, whichever culture we came across, we accepted them wholeheartedly and graced them with our own adornments. With the added grace they united us even more. And they never departed from the shore of India’s sea of humanity.

(Source of the quotation used: http://academic.udayton.edu/monishchatterjee/tagore/sadhaka.html)

Take a look at the other must-have delicacies in Kerala.