The Mouth-watering Dishes Of Syrian Christians in Kerala that everyone wants to taste. 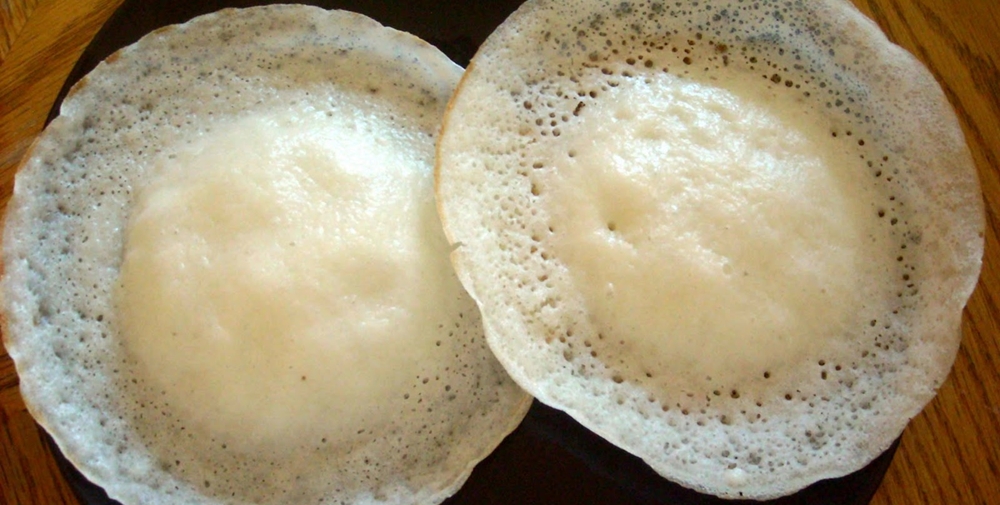 Appams are round pancakes which have two common ingredients, – fermented rice batter and coconut milk but have different cooking procedures. They are influenced by the western egg and flour-based pancakes where the flour is replaced with rice flour and egg is used occasionally just to ensure that the pancakes come out clean after frying. Coconut milk adds moisture and sweetness.

Each variety of appam appears different than the other. For example, the Palappams have a soft core but lacy, crisp edges; the Kallappams are made with toddy, an indigenous fermented drink extracted from the coconut flowers; the Idiyappams are shaped like rice noodles while the Vattayappam is a variation of rice flour cake. 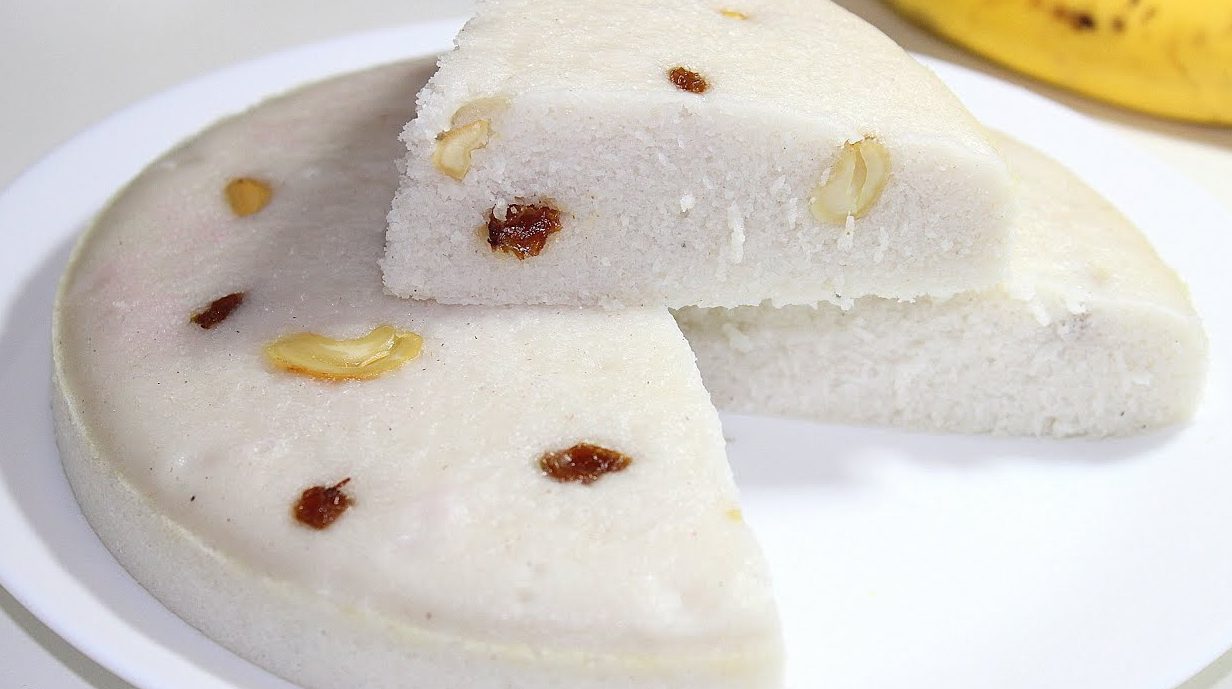 The beauty of the Appams lies in the fact that they have no overpowering flavour and can easily absorb the flavours of the accompanying side dishes like chicken stews, kadala or chickpea curry, fish molee, or with plain jaggery and grated coconut. The Appams provide wholesome nutrition and at times they also become brunch, lunch or maybe early dinners.

Have a look at other breakfast delicacies in Kerala.

Mappas and Vindaloo – The Portuguese Influence in the Syrian Christian Cuisine of Kerala:

The Portuguese sailors, then traders, are believed to have brought in the concept of thick soups or broth-based curries to be eaten in lunches and dinners. The cornflour which is used to thicken the broth in the western countries got replaced in Kerala with thick and thin coconut milk. The local addition of coconut milk enhanced the flavour further. It blends well with the spices like coriander powder, fenugreek and fennel seeds, cinnamon and star anise leaving behind a unique taste. The Fish Mappas preparation uses mustard seeds, curry leaves, coriander powder and coconut milk. On the other hand, the Duck Mappas use fennel seeds-curry leaves-cinnamon-star anise-coconut milk combination to bring out the unique flavours from the meat.

The Mappas feature as a popular side dish in occasions like baptism and ate with rice or Appams.

‘Carne de vinha d’alhos’ means a marinade made with Red Wine and garlic. The Portuguese sailors chose these two preservatives as marinating ingredients to keep the meat from spoiling since they would face different weathers during their expeditions. The marinated meat was cooked by them as they anchored in the shores with minimal ingredients they carried or sourced from local markets.

When the locals started making this dish, they called it ‘Vindaloo’ and soaked spices in vinegar to replicate the red wine and garlic marinade of the original dish. The Vindaloo undergoes slow cooking to bring out the layers of flavour of the spices in the marinade.

When we say ‘roast’, we imagine whole meat put on a rotisserie or a cooking a rack using dry heat over a low temperature for a long time. The speciality of roasts is to impart a caramelized appearance to the cooked meat and make it more delicious. In the Syrian Christian method of cooking in Kerala, the process is simpler. They cut the meat pieces, then cook it partially in a pressure cooker. Then it undergoes slowly roasting in a pan along with spices. This process of roasting became popular in Kuttanad, near the backwaters of Kerala.

Duck is the popular choice for preparing roasting dishes in Kuttanad because of the availability of ducks near the water bodies. However, not only ducks, chicken and beef roasts are also similar. They eat it with rice, Appams, Parottas, Chapatthis or breads.

The one-pot meal had been a staple mainstream food for the Syrian Christians living in Kerala. The popular one-pot meal eaten by them is Kozhi Pidi along with the Biryanis. Kozhi in Kozhi Pidi means Chicken Curry and Pidi means rice flour dumplings added in the Kozhi as the Chicken gets almost tender. They cook the Kozhi and Pidi together until the Pidis soak the flavours of the spices in the Kozhi gravy. The Mappila/ Muslim variation of this dish is Kunji Pathal.

The Kozhi Pidi is prepared with beef too. Beef constitutes an important part in the food platter of the Kerala Christian Community as well as the Muslim community alike. The Beef variation is Erachi Pidi. In fact, the famous flagbearer of Mappila Cuisine of Malabar, the celebrated Malabar Biryani is equally popular as a one-pot meal among Kerala’s Syrian Christians.

Take a look at other non-vegetarian dishes of Kerala.

Fish is popular here. Though the fish items are savoured throughout the year, during Christmas, the special preparations like Meen Molee, Meen Vevichathu, Karimeen Pollichathu, Prawn Pollichathu and Fish Mappas are relished by one and all. Meen Vevichathu is a spicy fiery and tangy dish with an overpowering flavour of chilli powder and a subtle tanginess of the Kudam Puli or Malabar Tamarind used in the gravy. On the other hand, Meen Molee has a more or less sweet gravy thickened with Coconut milk. 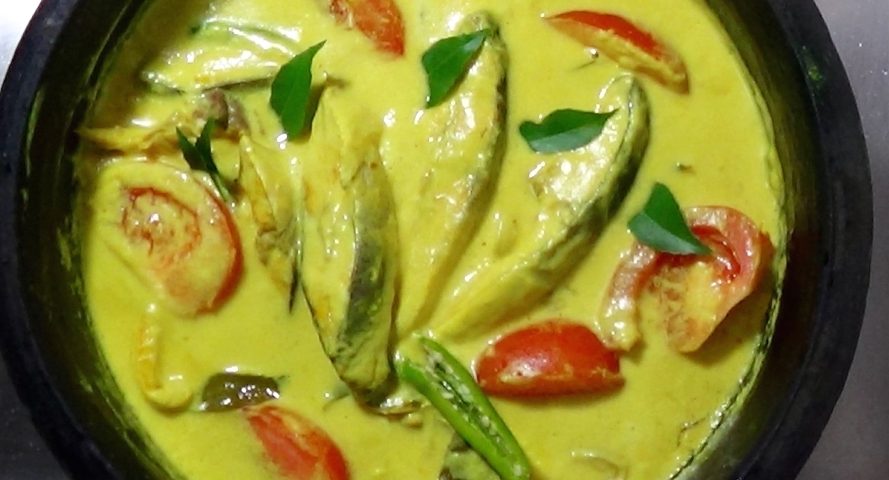 Karimeen Pollichathu is a fish recipe cooked with Pearl Spot fishes and fried spices wrapped in banana leaves and slowly cooked. In this process, the fish retains the flavour of the spices. The flavour of the banana leaves also come into the fish in the process. Prawn Pollichathu is a pan-fried preparation of the Prawns or Chemmeen along with the spices. All these side dishes taste amazing with the Appams or Rice.

Kerala’s indigenous version of Cannoli is Kuzhalappam. It is believed that the Cannoli originated in Sicily but when and how it travelled to the shores of Kerala is yet to be known.

In the Christian households of Kerala, to make Kuzhalappams they use the dough of roasted rice flour, onion, garlic, sesame seeds, cumin and deep-frying them. However, unlike cannolis, the hollows in the Kuzhalappams remain hollow without any stuffing.

Both the Kuzhalappams and Achappams are enjoyed with perfectly brewed coffees during the evenings or early mornings.

The snacks also include bakery goodies like cakes and cookies. The Kerala bakeries treasure a few gems in the form of recipes of original European pastries, cakes, cookies and bread.

In the Christian households of Kerala, most of the sweet dishes are fusion food. They borrowed the respective cooking process from the Western countries and added locally available ingredients in them. Elaneer Pudding is a wonderful fusion sweet dish made with condensed milk, sugar, milk, coconut pulp and coconut water. There are nadan desserts like Neyyappam and Unniyappam (sweetened rice fritters); Pazham Nirachathu or Stuffed Bananas filled with grated coconut, nuts and eggs and Palkova. The Palkova is a thickened and reduced milk delight. They add sugar and lemon juice almost at the end of the cooking.

Vattayappam is also a sweet dish. Then there are a host of European desserts which are prepared by religiously following the authentic recipes. There are cold treats like Broken Glass Jello, Fruit Custard, Eggless white chocolate Mousse, Panna Cotta, Pistachio Ice Cream, Sorbet and sweets like Chocolate truffles. The Turkish influence is present in the famous Kozhikode Halwas. Especially famous is Black Halwa which they make with rice flour, jaggery and ghee.