Kadathanadan Kalari & Navarasa Kalari Centre is a popular cultural centre famous for performing Kalaripayattu martial arts and representing Kerala's unique culture. There is a 1 hour show in the evening from 6:00 PM to 7:00 PM and 8:00 PM to 9:00 PM. The price starts from 200 INR per hour.  Basically originated in south India, the ancient martial art- Kalaripayattu, is souvenir to the present sophisticated world. As per the myths, this is a 3000 year old art form. 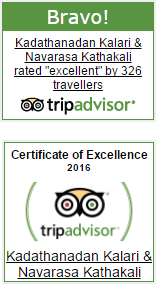 The Kadathanadan Kalari & Navarasa Kalari Centre is one of the best place in Kerala for seeing the traditional art forms of the state. Anyone even slightly interested in culture will surely find this an amazing experience.

Kadathanadan Kalari & Navarasa Kalari Centre is designed in a very enchanting way, keeping in mind the safety and security of the audiences. Martial art performed here is not just for entertaining purpose but also to teach people self defense practices in a very efficient manner. The activity takes place in a spacious and beautifully designed gallery offering its guests with clear vision of the programme from safe distance.

Kathakali is the classical dance of Kerala and is translated as “story play” in Malayalam. It is used to tell stories from the Indian epics and interestingly, this dance style is a blend of different fine arts like literature, music, painting, acting and dance. It is not simply a dance-drama but an act of devotion featuring the universal struggle between good and evil. The art is trained in an enclosure called ‘Kalari’, which is 21 feet by 42 feet. The entrance faces the east. In the south-west corner is a seven-tiered platform called the "poothara", which houses the guardian deity of the kalari.

The makeup done on the artists is very elaborate. The materials that comprise the makeup is all locally available. The white is made from rice flour; the red is made from Vermilion. The black is made from soot. The colours are not merely decoration, but are also a means of portraying characters. For instance, red on the feet is used to symbolise evil character and evil intent. Each character is instantly recognisable by their characteristic makeup and costume.The extraordinary costumes and make-up serve to raise the participants above the level of mere mortals, so that they may transport the audience to a world of wonders.

Kalaripayattu is a type of traditional Martial Art of Kerala meant for entertainment in Kerala. This again is one of the oldest forms existing in the world which has its origin in south India. Kalaripayattu the mother of all martial arts requires the knack and skill which can be performed only by well trained masters. Crafted in ancient South India drawing inspiration from the raw power and sinuous strength of the majestic animal forms - Lion, Tiger, Elephant, Wild Boar, Snake, and Crocodile. Kalaripayattu laid down the combat code of the Cholas, the Cheras and the Pandyas. Shrouded in deep mystery and mists of secrecy Kalaripayattu was taught by the masters in total isolation, away from prying eye.

Kadathanadan Kalari Centre & Navarasa Kathakali in Thekkady is one of the places in Kerala where you can watch Kathakali. Hour-long demonstrations of the exciting Keralan martial art of kalarippayat are staged here every evening. Tickets are available from the box office throughout the day. Even though the theatre only has bare essentials, the show is breathtaking. The music and the lighting into the arena are designed for impact. The narration is thrilling. The best part is the end where you are invited to go down into the arena to be able to hold the weapons and shields and get some great pictures.

We recommend this show to both locals and foreigners who have never seen the Kalaripayatt martial arts form in real life. This is as good as it gets 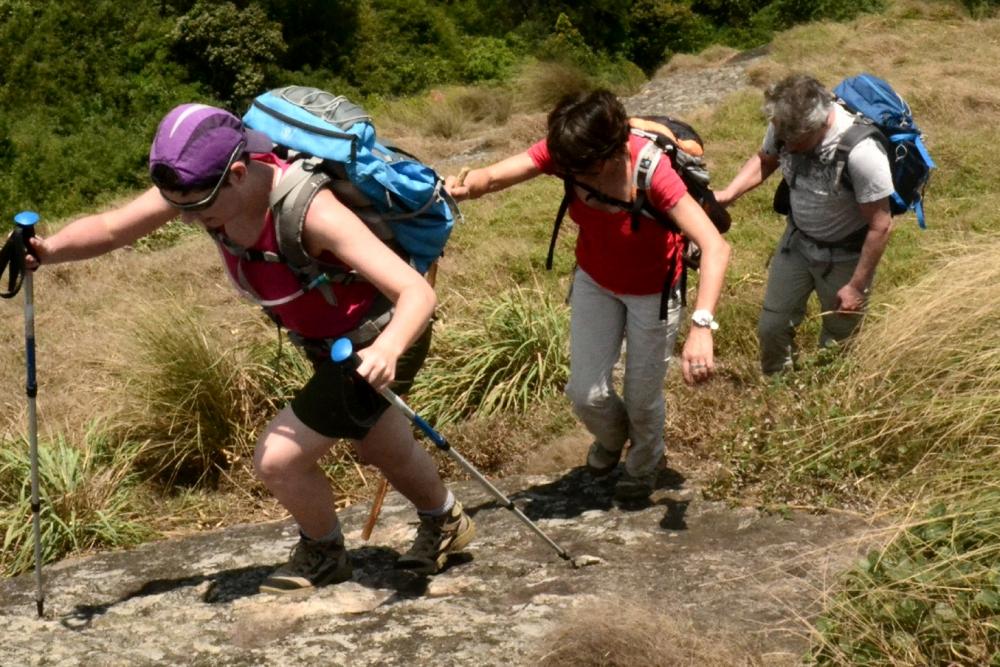 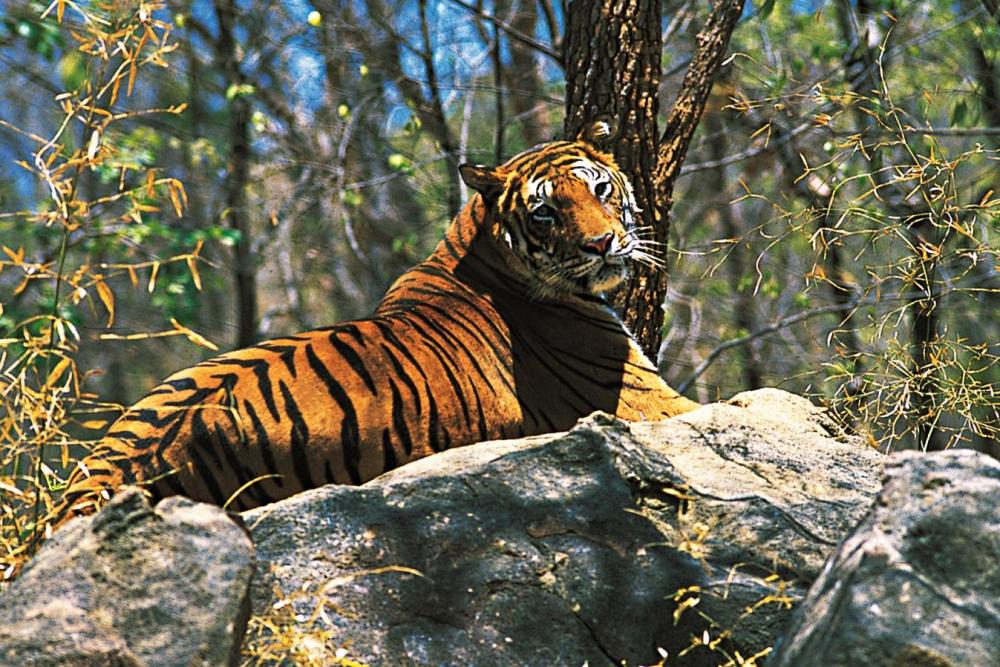 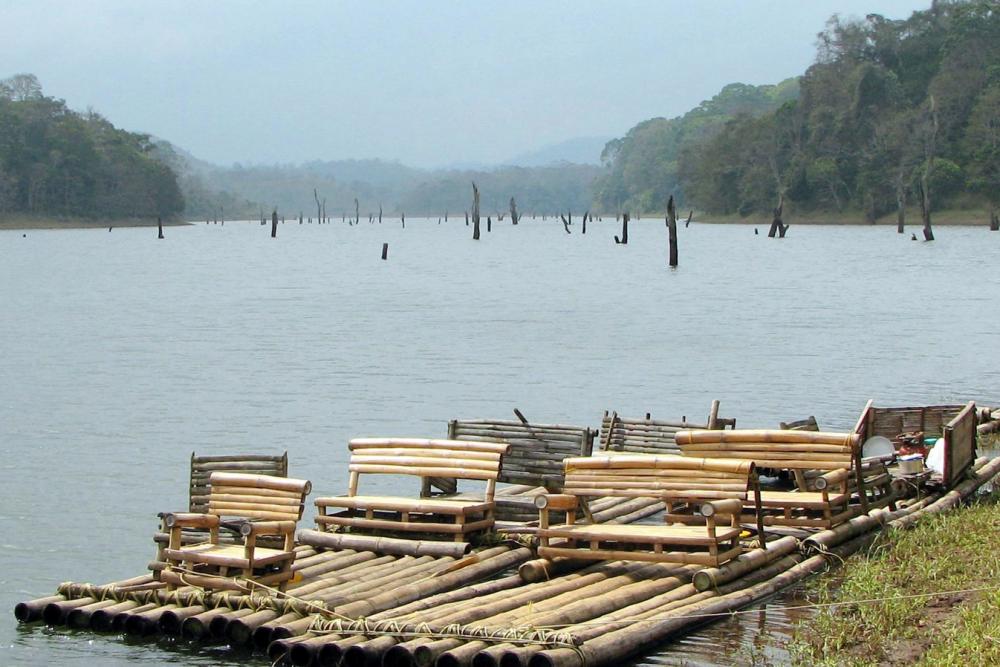