Lalbagh or Lalbagh Botanical Gardens, meaning The Red Garden in English, is a well known botanical garden in southern Bengaluru, India. The garden was originally commissioned by Hyder Ali, the ruler of Mysore, and later finished by his son Tipu Sultan. It has a famous glass house which hosts two annual flower shows (January 26th & August 15th). Lalbagh, one of the main tourist attractions in Bangalore houses India's largest collection of tropical plants. There are many different kinds of bird species found here like Myna, Common Egret, Parakeets, and Pond Heron etc.

A beautiful, large and well-maintained garden located in the heart of Bangalore.
Editor's Rankings 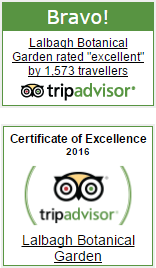 Lalbagh Botanical Garden in Bangalore is better than most gardens you will find in India. It is well-maintained and extremely beautiful. Since it is situated in the centre of the city, it is very easy to reach the place. A visit to Bangalore is incomplete if you do not go to this garden. This is one of the most important tourist attractions in Bangalore.

The Lalbagh Botanical Garden, Bangalore is of royal origin and was started initially as a private garden in an area of 40 acres by Hyder Ali, one of the most famous rulers of old Mysore in 1760. The construction of this garden was later on completed on the orders of his son, Tipu Sultan. Many different species of plants were imported from different countries making this garden the apple of everyone’s eye. The garden is built similar to the design used in Mughal gardens. Today, the garden is a lush green paradise with an area of 240 acres in the heart of the city.

Lalbagh, for its unique achievement in nurturing the concept of horticulture and aiding the development of horticulture, has earned a pride of place among the gardens of the world and it has come to be regarded as one of the best gardens in the East for its layout, maintenance, scientific treasure and scenic beauty. The garden with well-laid out roads, paths, open spaces, shade and a good collection of many types of plant species attracts a large number of visitors. Lalbagh is well protected with stone walls as enclosures and it has four approach gates. The main gate is at the North facing towards Subbaiah circle, the West gate is towards Basavanagudi, the South gate is towards Jayanagar and the East gate is towards the Double Road.

This garden is a home to a variety of flora and fauna. Lalbagh Botanical Garden also has a glass house, an aquarium and a lake that adds to the already existing beauty of the garden. There are two annual flower shows celebrated in the glass house. The largest collection of tropical plants in India is at Lalbagh. This garden has also promoted and cultivated the concept of horticulture

Lalbagh houses many interesting things. There are many places inside this garden.

Glass Door: The glass door that is the major hub for horticulture was developed in 1890 and is modelled like the Crystal Palace of London that accidently caught fire and was ruined in 1936. The annual flower show is carried in the glass house. There is flower clock inside the garden that works on the electronic quartz mechanism. The clock dial is approx. 7 meters in diameter and is beautifully decorated with multi-colored flowers.

Lake: There is a Lotus lake inside the garden apart from huge the Lalbagh Lake.

Peninsular Gneiss Rock: The rock is one of the oldest existing rocks in the world. There is a small monument constructed on this rock that has won the recognition of National Geological Monument. This garden is a full package of entertainment and knowledge.

Flower shows at Republic Day and Independence Day: Different species of flowers are used to build some historic monuments or some famous personalities. This show is carried inside the glass house.

Mango Mela: Every year during the month of June, this fair is conducted in which different varieties of mangoes are sold. 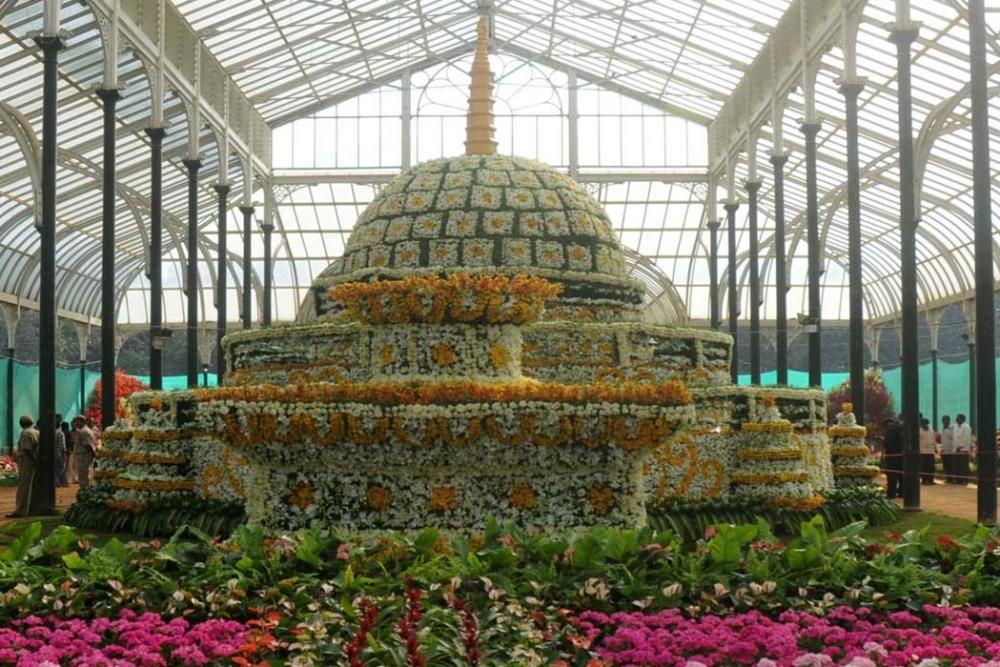 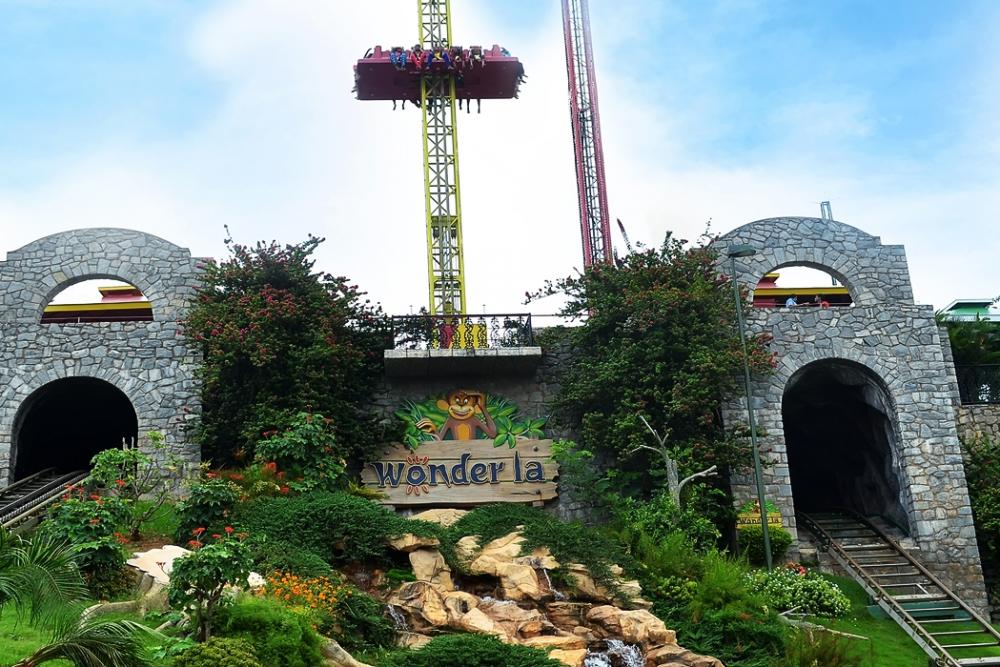