Vadakkumnathan Temple is one of the ancient and most immaculate structures in Kerala. It was supposedly constructed by Lord Parsurama who, as per legends, recovered Kerala from ocean. The usual Kerala style architecture, murals, and carvings portraying pictures from the legendary epic Mahabharata, alongside several other very old art relics, make it a must-visit the site for archaeologists and historians alike.

Step in and you will instantly be aware of the rich tradition of the temple, vigilantly protected in its walls till today. The temple is also the venue for the yearly pooram festival known as Thrissur Pooram. This festival is popular for its cultural value and magnificent fireworks show.

According to the Legend in Brahmanda Purana, Parasurama who eradicated Kshatriyas for 21 times played out a Yajna to get relieved from the Sins and gave every one of his properties to Brahmans as a Dakshina. He asked for Lord Varuna (Rain God) to throw a land from the ocean to retire and proceed with his atonement.

Later, he went to Mount Kailash and asked for his spiritual guide, Lord Shiva to make Kerala as his home. On his follower's demand, Shiva with family followed his devotee and vanished as they reached Thrissur. Parasurama saw the self-made Shiva Linga under the colossal Banyan Tree. This is simply the primary spot where Lord Shiva showed himself and this place known as Sri Mula Sthana.

When King of this area chose to develop the temple, Yogathiripad (chief priest) preserved this Linga while the tree was cut. The Shiva Linga was then moved to the present area and a lovely temple was constructed.

Vadakkumnathan Temple or Vadakkunnathan Temple, in Thrissur district is a standout amongst the most prominent temples in the state of Kerala. This is considered to be one of the primary Shiva temple made by Parsurama who is also the 6th embodiment of God Vishnu. The Vadakkunnathan temple is a UNESCO heritage site. This temple is otherwise called Thenkailasam or Vrishabhachalam.

The temple is made in classic Kerala style architecture, situated on a hillock in the centre of Thrissur city. Located in the centre of land spread across 9 acres, the temple attracts the attention of the people walking by. There are 4 gateways known as gopurams to the temple facing West, East, South, and North respectively.

It is likewise fascinating that Thrissur gets its name from this temple. Thrissur is an abbreviated type of 'Thrissivaperur' which signifies 'The town with the name of Lord Shiva'.

Children below 1 year will not be allowed inside the temple

How to Reach Vadakkunathan Temple

All trains to Kerala go via Thrissur Railway station, which is 3 km from Temple

Thrissur is well connected with all parts of Kerala, major cities in Tamil Nadu and Karnataka state 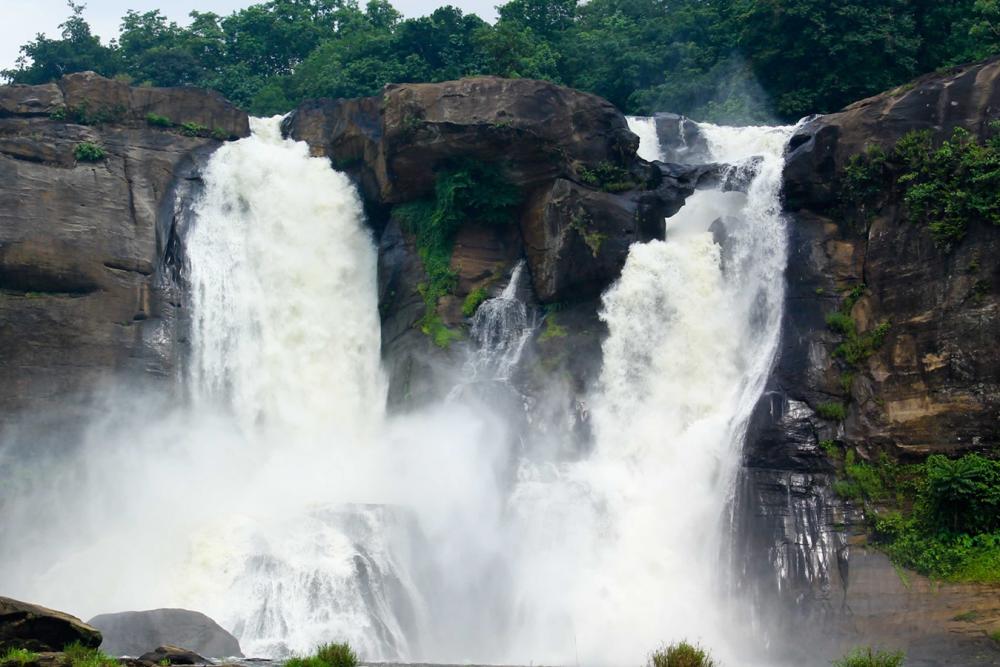